Spring is on the way!
Last day for 20% off Modern Auto Layout

When I want to make changes to a Swift package, I find it useful to do it in the context of a project that depends on that package. Unfortunately, you can’t directly edit a Swift package you add as a dependency to an Xcode project. It’s read-only and managed by Xcode. What you can do is add a local copy of the package that overrides the package dependency.

I previously covered creating Swift packages in Xcode 11 and then adding them as a dependency to a project. Xcode downloads the package files from the remote repository: 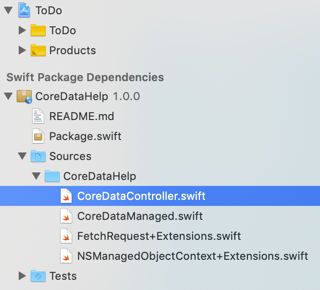 You can browse the source files in the package, but you cannot edit them in Xcode (which is probably for the best).

You always have the option to clone the package repository to a new folder:

You can then open the Package.swift file in Xcode and work on the package directly: 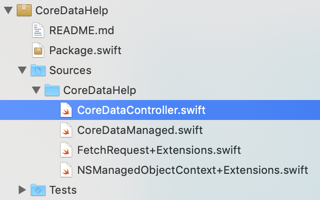 After you’ve made your changes, commit the package back to the remote repository.

This is cumbersome if you want to try your updated package with an existing Xcode project. To get Xcode to download the updates from the remote repository you either need to tag the commit with a new version or change the project dependencies to refer to the specific commit:

To switch back to using the remote package: