Starting with Xcode 13, Apple introduced a whole new system for creating documentation. Let’s see how to apply it to documenting a Swift Package.

I have a small Swift package for working with dynamic type named ScaledFont that I’ll be documenting as an example.

A quick tip, position the cursor either on or before a method and use the option-command-slash (⌥⌘/) shortcut to add a documentation comment with placeholders you can then replace:

See Swift Documentation Quick Guide for a recap of the Xcode documentation markdown format. Here’s how that method looks when completed:

Xcode use these comments to show quick help, but note how there’s now an option to open in the developer documentation: 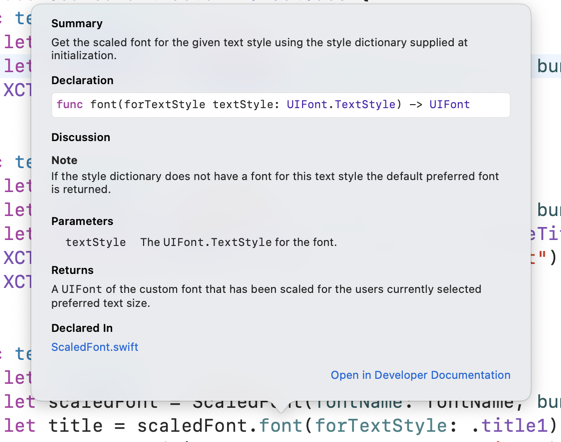 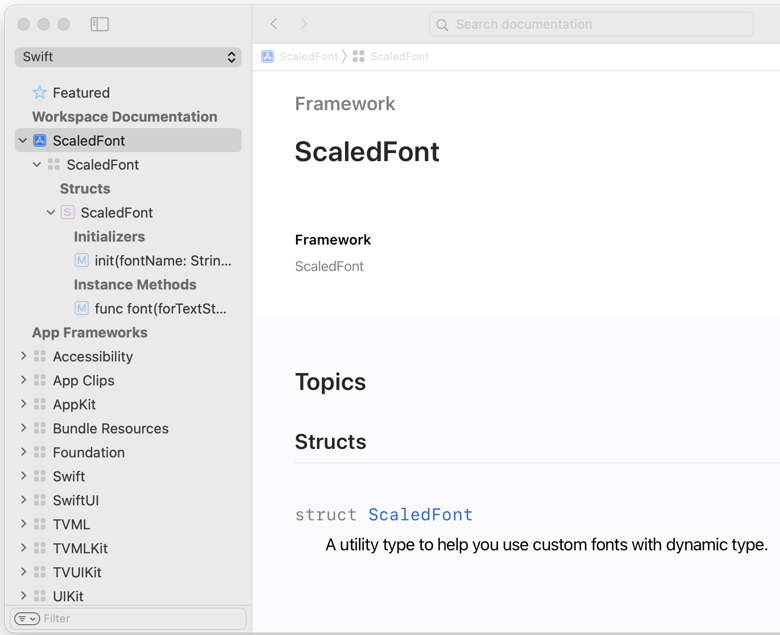 The initial landing page for the framework looks a bit bare. We’ll see how to improve that shortly. Check you’ve documented all your public symbols. This is a good start but we can do better.

DocC uses your in-source comments to build documentation for your public symbols. Adding a documentation catalog lets you customize the initial landing page, include extra content, add articles and create interactive tutorials. To add the catalog:

Note: The documentation catalog resource type requires swift tools version 5.5 which requires Xcode 13. If you created your Swift Package with an earlier version of Xcode you will need to change the version in the package manifest file:

The default landing page includes placeholders to get you started: 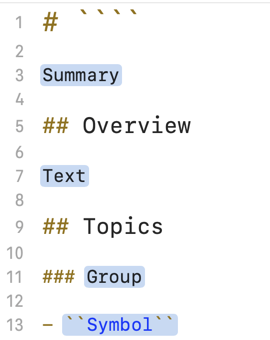 Note: The Xcode 13 beta doesn’t allow you to create a link to a symbol that has the same name as the package. That’s what happens in my case, but since I only have one public symbol in this package it’s not a big problem:

One big advantage of adding a documentation catalog is that it allows you to include extra articles. For example, I’ve added an article describing how to create a style dictionary:

Note: The Xcode 13 release notes mention that articles are not automatically included in the landing page when the package has a top-level symbol with the same name as the framework. Adding a manual link as above works around the problem.

Add images to the Resources folder of the document catalog. You can use the usual asset naming conventions to include dark mode and display scale variations (image~dark@2x.png): 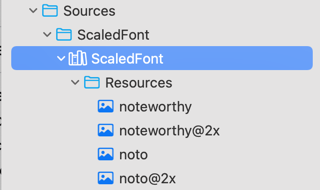 Add the image to the article using the markdown image syntax but omit the image file extension:

That’s enough to get started with DocC. You can find the completed documentation in the package repository. Next steps might include: