This is one of those bug reports where a picture is worth a thousand words. The scenario is a basic collection view layout showing a grid of cells. Each cell contains a UILabel showing the cell row number for ease of reference: 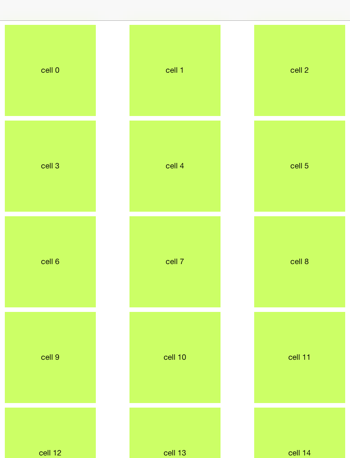 Now suppose I want to show a popover view that is presented from one of the collection view cells. The code for that will be something like this:

The appearance of the popover is shown below when it is presented from the cell at row 3: 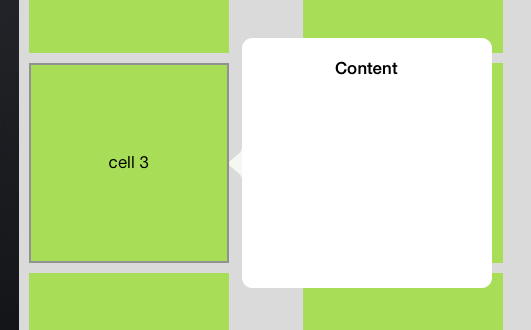 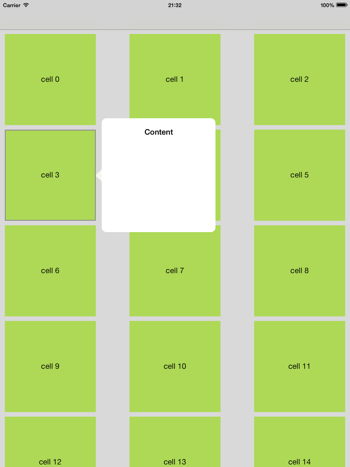 Now if you rotate the device to landscape cell 3 moves to the top right hand corner and the popover ends up pointing to cell 4: 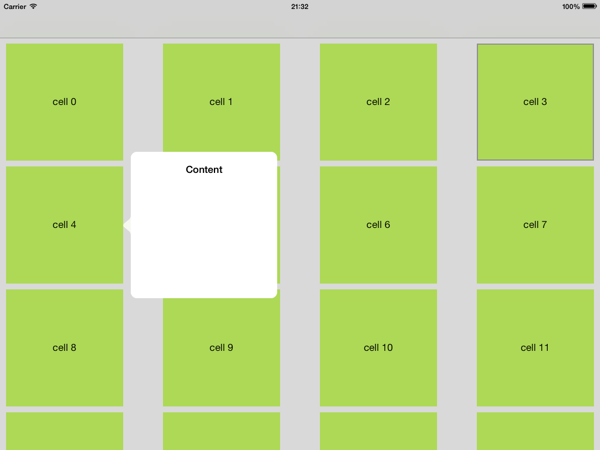 In this case I get the currently selected cell from the collection view controller and return the cell frame that at this point has already been moved into the new position. At first glance this seems to work if I happen to select the right cell. For example if I select cell 4: 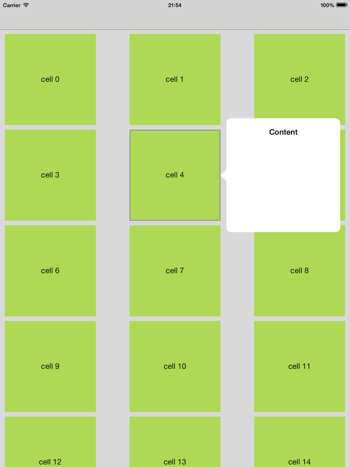 On rotation the newly presented popover is correctly repositioned so that it still appears to have been presented from cell 4: 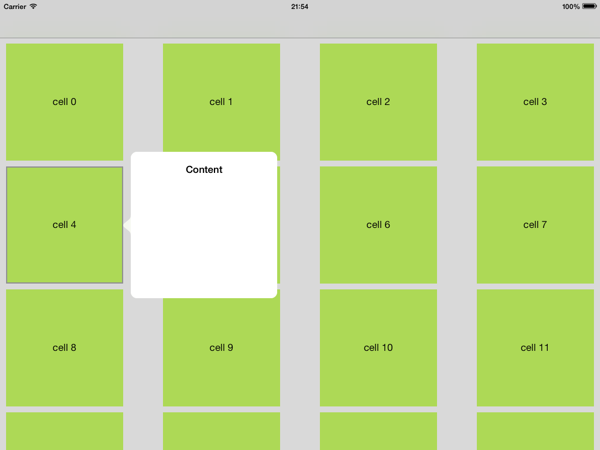 However if I select a cell where the relative position of the popover to the cell changes it does not work so well. For example, if I have a situation where the popover is presented from cell 3 in portrait mode it appears to the right of the cell with the arrow in the popover pointing to the left, back to cell 3: 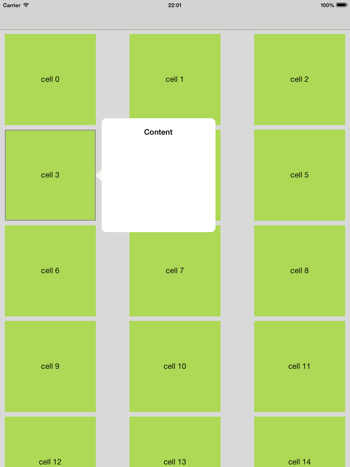 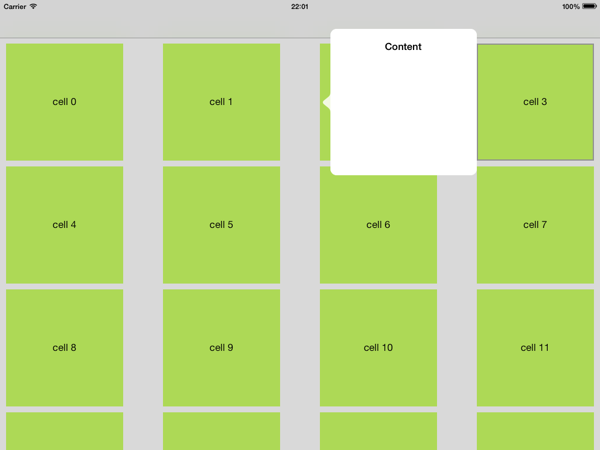 A close up screenshot of the popover makes the problem easier to see: 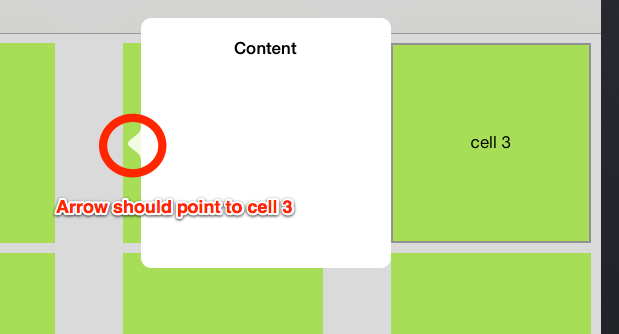 This bug was resolved iniOS 9.3. The original bug report was 14995477 (also on Open Radar at rdar://14995477). The orginal Xcode project to reproduce the problem is archived in my code repository. See Collection for further details.